If law is truly a social construct, then self responsibility to isolate would be a human right rather than an imposed obligation, that we’re all being asked to protect ourselves against our own free will.

But it is clear, law is not entirely a social construct but a political instrument of control that does not consent to human behavior and their social relations. Since all rules that relate to curfews, disasters, war, and recession have all been invoked in one instance. The state has become too supreme, and her sovereign might has become infallible and unquestioned. In other words, the state has a right to do whatever is necessary to save lives, but is it not true also that the state has always held the legitimate right given by the ‘electorate’ to protect and defend the ‘people’. We must question the role of the state regarding this Covid-19.

As humanity, we all have a right to live, but the responsibility to protect life against Covid-19 is not ours to decide nor is it certainly predictable that all of the world solidarity efforts to fight against this runaway virus can suffice. But there’s absolutely no need to change the entire rule book as if this is the only Armageddon that will face in our lifetime.

It is unreasonable to assume that the state was caught unprepared and incapacitated. But it is a mistake to assume that the paramount state is the vicar for the people. In contrast, the state of emergency has plunged the world into legal oblivion, a disorder that will take time to be known except those who saw it cogently positivist that the human does not matter in anything but is simply an object of arbitrary control. Therefore, we cannot appeal to social justice only but it is necessary to for everyone to understand the science of law and how these laws are made, for what purpose, and to whom do they serve.

In reality, constitutions do not represent such, a constitution is a socio-economic contract document of socialism commonly referred to as a manifesto. Hence every person in socialism is a commodity and product of the state (market), even more appalling is that every person is only good enough to be a consumer of goods and services. Socialist policies (means constitution in latin), do not have presidents but board chairman, executive first secretary and chief executive managers. These titles may seem far fetched but they are common in Asia, Africa, America’s and Europe.

Capitalism on the other hand, is a tool by which these socialist countries and their governments use to own every single business in the country through a so called private sector. When in actual fact, public state owned companies administrative management is moved to the political party ownership. It is the political party through its shareholders (foreign or local investors) where trade occurs. In essence, the government is a company that is competing with private citizens for business. Ideally, no one must own anything, be it land or business company. This is very prevalent among European westphalian state-system, that promotes a welfare system. In socialism, a worker earns less than a jobless lazy bastard. Africa and Asia are manufacturing sites in which their peoples are feudalism servants and laborers working for the ”common good”.

Socialism forces everyone to consume a capitalist’s man business products and services in large quantities. Socialism assumes that everyone must be insured by a capitalist doctors practice, to buy more medication than we require from pharmaceutical companies, to depend on supermarkets for engineered food, to farm more exotic genetically modified meat products common in fast food industry, to wear one size fits all clothing that has no gender disparities because of the ease in mass production, now socialism says you don’t need a house because the land in which your property sits is actually not yours but it belongs to the state’s companies, don’t worry about your choice of faith, we can give a pastor and a religion through colonialism. Socialism went after indigenous religions and created new one because of profit. The storehouse of tithes and offerings is a business franchise of Cesar.

Yes it is true that socialism was colonialism, slave trade business, regulation of social, family and individual life. Socialism is a concept of post modernity, of an utopian communist state that is cosmopolitan, liberal, secular and common. Socialism and capitalism are the wolf in sheep’s clothing metaphor. In which the wolf is capitalism and the sheep is socialism. This is a metaphor apparently which resembles neo-imperialism. The famed colonial empire builders of a socialist world, are David Livingstone and Cecil Rhodes. How did they concur the world, they simply preached that the beatitude of forgiveness transcends the condition poverty in any socioeconomic status.

There is no west coast and east coast, that the world towards the west is moderately socialist, and capitalist than communist Asia and Africa, and purely socialist Latin America. The fact is, capitalism is a tool by which socialists sovereign power in the world is exerted to both tangible and intangible property, that is human and non human ontological subjects in the law of socialism. All forms of political thinking whether through a nation’s foreign or domestic policy is the management of total dominance and control. Socialism is a police state advancing the interests capitalists through secularization of society. Policing is a form of protectionism, a grand scale apartheid system of keeping the status quo, the world is divided in opinion but not in governance.

This work is licensed under a Creative Commons Attribution-NonCommercial 4.0 International License. 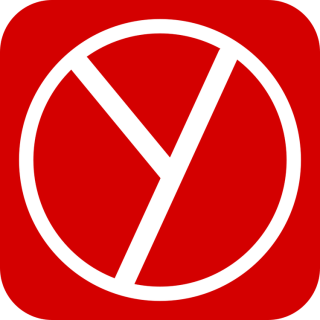